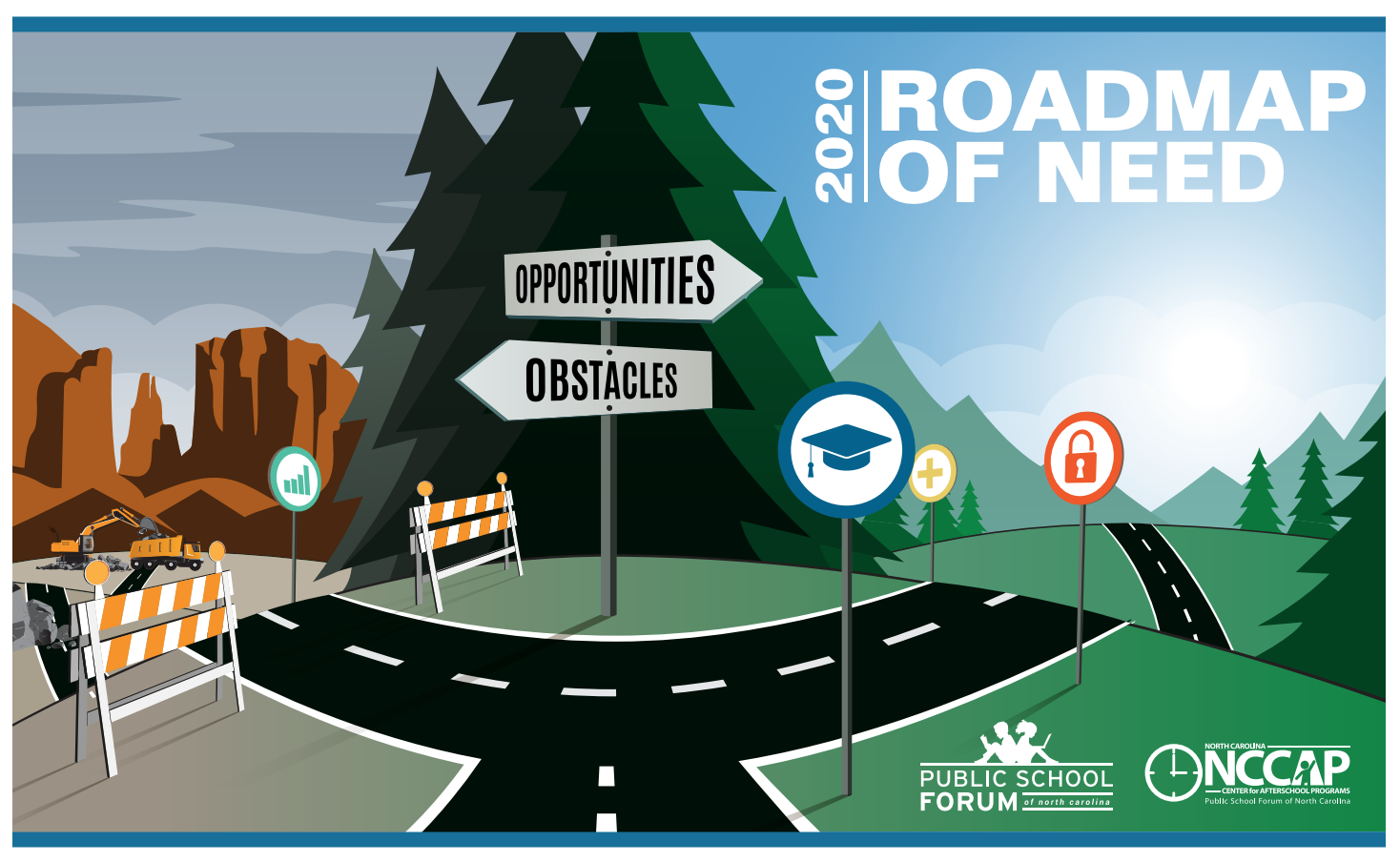 According to the 2020 report, the five top counties where young people have the greatest likelihood for success are Orange, Wake, Union, Dare and Watauga. The bottom five counties where young people are most at risk are Robeson, Halifax, Vance, Washington and Scotland. The makeup of the top five this year sees Dare and Watauga counties displacing Henderson and Moore counties; while Northampton and Edgecombe counties moved out of the bottom five this year.

“Ten years after first publishing the Roadmap of Need, the fact that our state is now divided into ‘two North Carolinas’ is a reality that we continue to grapple with,” said Dr. Michael D. Priddy, Interim Executive Director and President of the Public School Forum of NC.  “Our state is one where the zip code in which you live matters too much, leaving so many of our children with access only to underfunded schools, few high quality out-of-school programs and limited options for healthy activities.”
At first glance, the Roadmap points to counties in eastern North Carolina as those most at risk. However, the nature of county-wide indicators often masks the variation occurring within counties, particularly our most populous urban counties where neighborhoods that alone would be viewed as thriving on the Roadmap indicators exist in close proximity to neighborhoods with many young people in need.
Over the past several years, the Roadmap has been a key resource for afterschool providers and other education organizations when communicating with policymakers, funders, and citizens about the importance of their services, and to target areas for increased investment. School administrators, central office staff, nonprofits, community leaders, and parent advocates also use the Roadmap to demonstrate to others the needs faced by their communities. Public education advocates have brought Roadmap data to the attention of school board members, county commissioners, and members of the General Assembly in order to inform their efforts to create state and local policies that address significant community needs.
2020 Roadmap of Need

Roadmaps of Need from Prior Years

Please note, there was no Roadmap of Need published in 2015.